There is no other Richard Rogers, he is truly one of a kind. 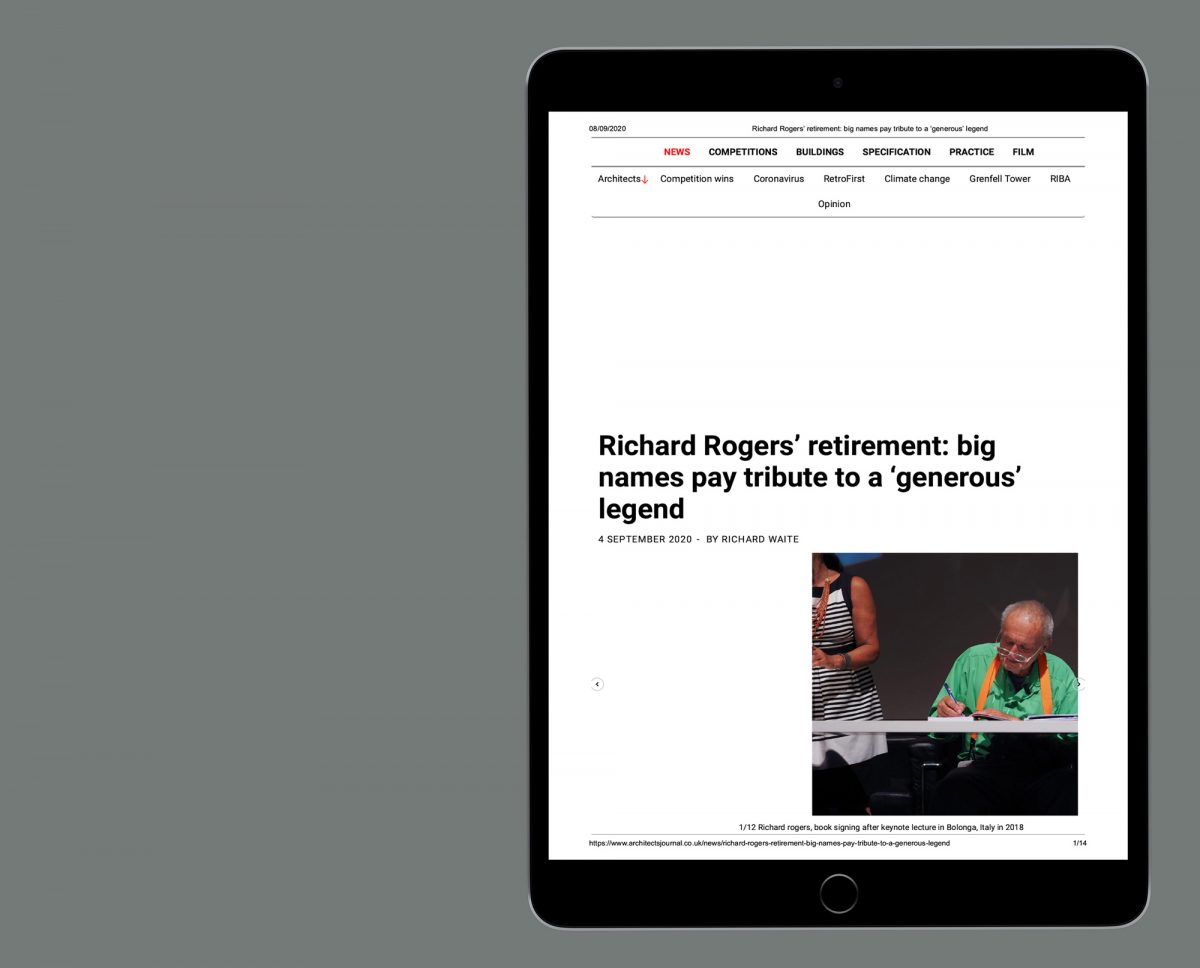 Jo Cowen, director, Jo Cowen Architects, who worked for Rogers between 2007-2014 Working for Richard Rogers and latterly RSHP, set a benchmark for what architecture practices can do and should do. That is: put people first. The culture that Richard instilled at every level of the practice was one of consideration and modesty, vision and proactivity, but most of all about a deep-rooted responsibility that we as architects have to the built environment for this generation and the next.

Richard’s generosity of spirit was what made him the leader he was and his intrinsic belief that culture trumps strategy set the practice apart from its competitors. When Chris [Wilkinson] and I set up Jo Cowen Architects, we wanted to bring the philosophies and rigour that we had learned at Rogers Stirk Harbour + Partners into the smaller studio setting.

But there is no other Richard Rogers, he is truly one of a kind, and I feel a massive appreciation the for the opportunity afforded to me under his tutelage, both as an architect and person.

To discuss a project or find out more about how we can work together, please get in touch.

We use cookies and other tracking technologies to improve your browsing experience on our site, analyze site traffic, and understand where our audiences come from.